When the Zaporizhzhya nuclear power plant (ZNPP) was captured by Russian armed forces on March 4, 2022, this was the first instance in human history of an operating civilian nuclear power station not only being militarily attacked but also taken control by a hostile enemy. This brazen assault on Europe’s largest nuclear power station that houses six VVER-1000 PWR units, shocked the world. Since early March, the ZNPP has remained under Russian military control, and news reports from the site are nothing short of horrific. Sadly, the potential for a catastrophe at the ZNPP remains high as dangers at the facility appear to be continuously escalating. As committed members of the global nuclear energy industry, UxC is deeply concerned over the situation at ZNPP as should anyone who has a stake in the future of nuclear power.
While we remain in the fog of war, the information coming out of the ZNPP indicates that Russia’s military has become deeply entrenched at the site. At this time, UxC understands that three of the six units are operating and delivering power to Ukraine’s electricity grid, but operations at ZNPP are far from normal. Some of the horrors that have recently been reported at the site relate specifically to the treatment of Ukrainian nuclear plant workers, whose ongoing mission is to maintain safety of the site’s six reactors and related facilities, such as spent fuel storage. According to reports, several workers have been subjected to torture, and some may even have been abducted with their whereabouts currently unknown. Russian occupiers seem worried about sabotage by these workers and are thus treating plant personnel like prisoners of war. Other reports suggest Russian propaganda (i.e., “fake news”) producers have forced Ukrainian plant workers to give coerced interviews in which they claim to welcome Russian control. Of course, all these atrocities against innocent nuclear workers at the ZNPP add to the ongoing highly stressful conditions under which they must operate the facility, which is naturally extremely worrisome for anyone with any understanding of what it takes to maintain and operate a large, multi-unit nuclear power station.
However, the story does not end here, as more reports from the ZNPP indicate that Russia’s military is now using the site as a launchpad for offensive missile and/or artillery strikes on nearby Ukrainian positions across the Dnipro River. Russian soldiers know that Ukraine’s military is unable to return missile/artillery fire at their weapons housed at the ZNPP. While an apparent “kamikaze” drone strike in late July by Ukraine’s military was reported to have successfully damaged some Russian equipment housed on the plant premises, it is difficult for the Ukrainians to take on the Russians directly for fear of causing a nuclear disaster. Still, as a possible sign of Russian fears of a counter-offensive, there are now indications that significant military equipment is being stored inside some ZNPP buildings. According to a July 21 report from Ukraine’s state nuclear operator Energoatom, upwards of 14 pieces of heavy military equipment along with large amounts of ammunition were moved inside the Unit 1 turbine hall. Energoatom added that this has blocked access to fire prevention equipment at the unit, and that Russian soldiers have also looked to store more of their military equipment and ammunition in other units’ turbine halls. The thought that artillery shells are now being stored directly inside a nuclear power plant building should bring shivers down anyone’s spine.
Despite the brazenness of its initial attack on the ZNPP and its ongoing barbaric actions at the site, Russia’s military clearly has seen a strategic reason to capture and hold a civilian nuclear power plant. However, it should also be remembered that Russia’s state nuclear company Rosatom is also now complicit in this unprecedented nuclear plant hostage-taking as it has sent several of its experts to ZNPP for apparent oversight. At least for now, we can only believe the sincerity of Rosatom’s Director General Alexey Likhachev, who told TASS in mid-March that his company has no plans to put the ZNPP fully under its operational control.
All of these frightening reports lead to more questions than answers. It remains impossible to predict the future of this horrific war that has already dragged on for over five months. Russia’s final end game is hard to understand, and while Ukraine’s military has apparently begun a counter-offensive aimed at recapturing territory in the south of the country, which includes Enerhodar, where the ZNPP is situated, the success of such an operation remains far from certain. Ultimately, it appears at this time that Russia’s longer-term aims are to annex the southern and eastern regions of Ukraine, which includes ZNPP. Assumption of ownership of a nuclear power plant by an aggressor state would be yet another unfathomable event for the global nuclear industry.
Sadly, all we can say for certain at this time is that the future of the ZNPP will be determined by the broader outcomes of the war. In the meantime, there is no telling what further atrocities and horrors could emerge at the site. Wars are, of course, highly volatile affairs, but the fact that a major nuclear power station is sitting on the front lines of this massive conflict means that the global nuclear industry cannot sit idly by. We commend the bravery of the Ukrainian plant workers who are sacrificing so much – possibly even their lives – to maintain the safety of the ZNPP. It is hard to believe that this horror has continued already for five months, but the situation is far from static and has the potential to get even worse.
As we have stated many times before in the Ux Weekly, this industry cannot afford another nuclear accident as it could spell an end to the very promising outlook that nuclear power currently enjoys. On that note, we should mention that the name “Enerhodar” literally translates as “a gift of energy.” Let us all hope this positive image is how we always remember the city that hosts the ZNPP. 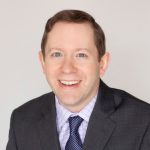 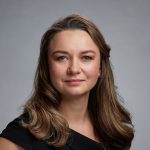 Anna (Anya) Bryndza joined UxC, LLC (UxC) in 2008 and currently holds the position of Executive Vice President, International. In this capacity, she is responsible for analyzing government policies as they relate to the nuclear fuel markets worldwide. In this capacity, she manages UxC's Policy Watch service. Ms. Bryndza is recognized as the industry's leading expert on nuclear power and fuel developments in Eastern Europe and Central Asia, with a comprehensive understanding of the current state, ongoing trends, and prospects for Russia's vast nuclear power complex. She has presented at the nuclear industry's key international forums, including the World Nuclear Association's Symposium (London), ATOMEXPO (Moscow), and NEI's Nuclear Fuel Supply Forum (Washington), among others. Ms. Bryndza has been interviewed by worldwide press publications, including a number of Eurasian media outlets. She is trilingual (English, Russian, and Ukrainian) and holds a dual degree of Bachelor of Science and Arts in Economics and Political Science from the College of Charleston and a Master of Arts in International Trade and Investment Policy from the George Washington University.